Santam Women of the Future 2021 winners

Women we look up to

They took home the top trophies at the Santam Women of The Future Awards in association with FAIRLADY and TRUELOVE last year. Here’s what our extraordinary winners have been up to since then. 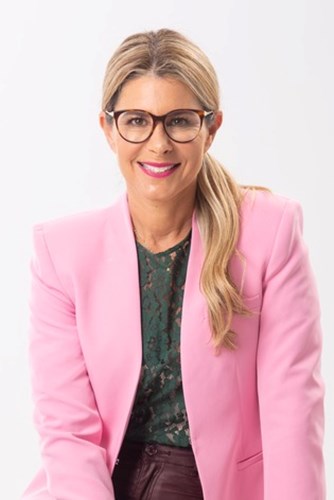 “Winning the Santam Woman Future award has undoubtedly been one of the glowing highlights of my career,” says Cara Saven, founder of Cara Saven Wall Design, the leading name in custom wall coverings and vinyl wall art. “I don’t think I can describe the feeling of pride and gratitude, receiving acknowledgement from judges of that caliber. It’s just incredible knowing that such successful women believe what I have done up to this point is special and worthy of recognition.”

Cara Saven Wall Design was launched in 2016, after Cara had taken a few years off to be a full-time mom. When she returned to the business world, she knew she would undertake a project that spoke to her creative ambitions. She was introduced to large-format wallpaper printing, and now the company has been recognised internationally for its work in the design world, and trade in countries such as the Netherlands and Dubai.

“Acknowledging that women have had a different path to follow in order to reach their goals and to be able to play in the same space as men, is critical,” says Cara. “It’s acknowledging that we bear children and often have to put our careers on hold, carry a heavier load in the home, and still work towards building something. It’s placing emphasis on the many hats we wear as women, and saying, “We see you” – that is why this competition is essential for us as businesswomen.”

Being able to expand her network across the country has been invaluable. “You are often a lone wolf out there as a female entrepreneur. But now I feel that I have met and can call on women from all walks of life in every corner of South Africa. We are all doing things in different fields, but it’s as if we’ve developed a sisterhood.

“Winning this title gave me courage to take my business to the next level. We’ve built a global ecommerce website to enable customers to buy wallpaper from anywhere in the world – and have it delivered within 10 days. The prize money helped us achieve that goal. In fact, every prize I received has gone into the advancement of Cara Saven Wall Design. I’m starting a course with GetSmarter on using technology and digital strategy to grow your business, and we’ve already printed our items from Lithotech. Of course, the main win was the title, but the added prizes added a beautiful and thoughtful touch.” Frustrated by an overload of information, and struggling to keep track of all her patients and their individual needs, final-year medical student Peta-Anne Browne designed a diary of sorts, called the  “Internship Organiser”. For a time, it worked well (she even ended up selling it to some of her peers), but when the pandemic hit South African shores, she knew that a diary would no longer be enough.

The idea evolved, resulting in what is now called Wardworx, a downloadable app for doctors that allows them to store patient information (such as ward and bed location) securely, and keep track of tasks using real-time updates. “I am so proud to announce that since winning Rising Star at the Santam Women of The Future Awards, we have celebrated our first birthday at Wardworx, and more than 4000 doctors have downloaded the app!” says Peta-Anne.

“When I entered, we were on 1950 downloads, so the number has more than doubled since the beginning of the process. We also have a very exciting new client in the pipeline, which I am over the moon about.” Peta-Anne believes that a platform such as this is the kind of push every businesswoman needs, particularly those people who are toiling away in the background.

“Winning this award was first and foremost a source of encouragement and an acknowledgment of the hard work that went on behind the scenes, as it often does for a female entrepreneur,” she says. “We very seldom take the opportunity to spoil ourselves or just reflect and say: ‘Wow, look how far I’ve come’. “It’s just been incredible, from the

recognition of the award itself, and the title of Rising Star, to brushing shoulders with inspiring women, and receiving prizes that ranged from pamper items to educational opportunities. There was a beautiful balance of encouragement and empowerment, and the competition really showed me that I am being acknowledged for what I’m trying to do as a businesswoman and leader.

“I hope more and more businesswomen enter this competition, because it is a priceless opportunity. Stop hiding your talents and hard work! Go out there, put your name on something, and you will be rewarded. Your story may be the encouragement and inspiration that another woman needs! I can never thank the sponsors enough for putting so much effort into this, and setting finances aside for women in business. It’s so much more than a competition; it is an opportunity for women to shine and to inspire others. “I look forward to watching my business grow, and doing what I can to serve more and more frontline doctors in South Africa.” 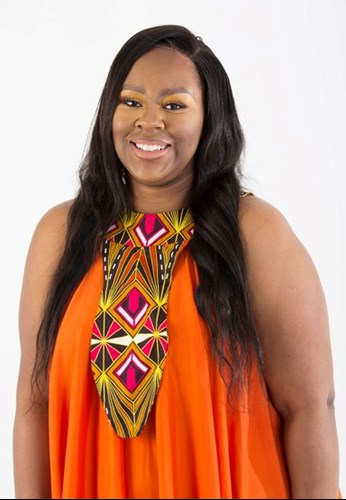 When professional coder Zandile Mkwanazi noticed how few female participants there were at the regular tech events she attended, she made a suggestion to her then-employer: why not host a female-only hackathon? The event started in 2014 and became an annual occurrence – which has now evolved into a fully fledged organisation, led by Zandile. GirlCode is an engaging platform for women looking to advance their skills in the tech industry, and the organisation has since reached more than 6000 women through training and outreach programmes.

“The competition, the journey, the win – it’s been a truly humbling experience,” says Zandile. “I always feel that way when my organisation is recognised for the work that we’re doing. My goal was never to get recognition; it was to improve the lives of young girls. But when we do receive this kind of acknowledgment, it just reminds me that I’m on the right path. An award like this helps me to keep pushing and wanting to make an even bigger impact.” Since Zandile was named as Social Entrepreneur 2021, GirlCode has received a flood of interest from various companies looking to get involved as potential partners and sponsors. “The win has really elevated our status as an organisation and proven to other companies that we are credible, which is ultimately what I wanted to achieve,” she says.

“Santam Women of The Future is exceptional at highlighting organisations that are doing good work. They are saying to the world, ‘Here’s a great initiative, we’re recognising them and so should you!’ We’ve definitely seen a lot of movement since the competition and it’s taken us to the next level. The biggest thing you can ask for from a competition for entrepreneurs is exposure.”

GirlCode looks forward to a year of expansion and growth as they’ve set their sights on settling in Cape Town, a move designed to extend their reach even further. “Growing our community is a key aspect of this organisation, and every move made toward that is critical,” explains Zandile. “I am overwhelmed by the people behind Santam Women of The Future, including the prize sponsors. Their insight and understanding of what a businesswoman needs to advance their business is incredible. I’ve never come across a competition that has so much to offer the winners. I really looking forward to the mentorship part of the prize, because as a young entrepreneur, there are so many mistakes you can make along the way. To have valuable time with someone who has the experience and can help you navigate the pitfalls – you can’t put a price on that.”

During the past two years all businesses, and in particular small enterprises and entrepreneu...

How to navigate complex risks in an ever-evolving landscape

There is no mistaking that the world is changing rapidly. The rate of climate change is power...